After a few weeks on French soil the Lonsdales were beginning to gain some experience, something the Territorials and more so, the Regulars, had ample of. Although they had not yet been involved in any major battles, the unpleasant side of trench warfare soon enough revealed itself. Men who had grown up together, enlisted together. Those border men of Cumberland and Westmorland, of various towns and villages who had never met before, had spent months training together in Carlisle. They had built up friendships and soon some of those friends, those ‘pals’ would be decimated, victims of shell, machine gun and sniper fire. Every day presented itself with a different challenge but the most uncompromising yet simple challenge of all was not to get shot or wounded. Simple mistakes cost the men, sometimes with their lives. Lt-Col. Machell had concerns for the wellbeing of his men, however, even when times were difficult and the constant thought of being killed at any moment was ever at the forefront in anyone’s imaginings, the men still banded together. Both commanding officer and the men serving under his command had a mutual respect for each other. It was the start of 1916 and the Lonsdales journey was only just beginning.

It was a quiet start to the year. Seven days on and seven days off in billets for support seemed to be the normal rotation.[1] However, according to the Battalion war diary, throughout the entirety of January the Lonsdales did not endure hardships. Several days were “quiet,” with literally nothing else reported and only occasionally would “one man wounded” appear in the records to notify the reader of any casualties. If it wasn’t for the Lonsdales relieving the 17th Highland Light Infantry, or vice versa, you might wonder if there was a war on at all. On the 14 January 1916, the Lonsdales returned to rest billets in Bouzincourt and then back in the line on the 21 January for another seven days where artillery bombardments where intermittent. By the end of January they had returned to Aveluy supplying fatigues[2] for the Royal Engineers.

The month of February was spent in much the same way. When they were at the front there seemed to be very little in the way of enemy activity. Even when, on the 9 February, a heavy bombardment ensued, casualties were minimal with one man killed and another wounded. The Lonsdales seemed to have luck on their side until the big offensive of July, which we will come to shortly. By the 12 February the Lonsdales were in Albert, this time supplying working parties[3] for the Royal Engineers. On the 18 February they were supplying fatigues at Henencourt and again at Millencourt on the 27 February. The weather had been particularly bad during this period with snow, frost and thaw alternating. As a result the ground was sodden and trenches were in a bad state of repair, some falling in. On the 7 March a small shelter in a support line was shelled and the three occupants were buried. One man suffered from shell shock, six were killed (four of which were NCOs) and another NCO was wounded by a piece of shrapnel from a High Explosive shell.[4] Whilst the Lonsdales were not involved in any battles they did, however, suffer a few more casualties during the rest of the month, the majority being from rifle grenades, shrapnel and High Explosive shells - a high percentage out on working parties. On the 24 March they had a little respite in rest billets at Dernancourt, then five days later they were back at the front when 2nd Lieuts. Davidson and Monkhouse joined the Battalion.

If the first three months of 1916 were relatively quiet then the latter half of April and beginning of May would be considered the quietest yet. It would be easy to conclude, especially from the steady pattern of several days at the front and several days in billets the Lonsdales were used to, that nothing of any particular note happened. In most cases this is true. The war diary shows very little activity at the front but they were kept busy. The month started off with three very quiet days and fortunately, there was only one minor casualty. On the 2 April a raid on German lines was postponed due to an unusually bright night[4] where, without the cover of darkness, raids into enemy territory were simply impossible. Two days later the Lonsdales were billeting at Senlis where the following seven days were spent resting, cleaning up and various training activities. Nothing out of the ordinary occurred until the 14 April when A Company was sent to an isolation camp at Senlis.[4] Three days later the Lonsdales were quarantined in Contay Wood with a severe case of the measles[1] and remained there until 13 May. Whilst measles is uncommon in the UK today because of the advances in vaccination, in 1916 things were a little different. One of the most effective ways to combat this highly infectious (but not life threatening) viral illness was to ensure it didn’t spread further. Containing the infection from the onset was the most realistic action to take. Those that were ill spent isolation convalescing, those that didn't show any of the typical signs continued as normal and that meant training. Away from the immediate dangers of the front line and with plenty of time on their hands, the Lonsdales were involved mainly with small working parties, Battalion training and Brigade and Divisional manoeuvres; keeping the men busy as not to idle the hours away when it could be spent more effectively. During isolation 2nd Lieuts. Green and Machell and 92 other ranks joined the Battalion. 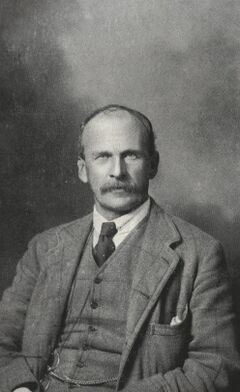 During their time after isolation the men continued as if nothing had changed. Even when they spent time away from the immediate dangers of the front line, they were still involved with labouring tasks when supposedly resting in support billets.[5] The war was a machine with abundant moving parts. The Lonsdales, like many other units in a similar position, along with the upper echelons of command at battalion, brigade and divisional level, were the cogs that kept the war machine in motion even when little of any note happened. Repetitiveness was commonplace when not involved in battle. Like countless times before, the running up of water, rations and ammunition from the supplies dump, not to mention providing fatigues for any manner of manual labour always filled the hours of the day just as it did with time spent in the trenches, planning raids and carrying out other equally dangerous tasks. The Lonsdales unwavered in their duties and when they rested they were still busy. This was the life of a soldier, pure and simple. But when the men were granted leave, time was not wasted and the soldier’s pay of one shilling a day was invariably spent making the most of what could be considered the closest thing to social normality by way of populating the local cafes in nearby villages around Albert enjoying the local fayre and writing letters to loved ones.[5]

The Lonsdales completed their month in Contay Wood and soon after were involved again in battalion training and small working parties with Lieutenants Gerald Spring-Rice and C. W. Fowke, from the 9th Border Regiment, reported their arrival on the 15 May. The Lonsdales moved back to Bouzincourt and then on to the front line of the Authuille Sector taking over from the 19th Lancashire Fusiliers, close to the German strong-hold on the Leipzig Salient. The Lonsdales spent a few more days at the front suffering minimal casualties. On the 22 May, the 17th Highland Light Infantry relieved the Lonsdales in the Authuille Sector. The Battalion billeted at Crucifix Corner (minus D Company) who took billets at Aveluy. Only four days later, when the Lonsdales were back at the front, Lt. Spring-Rice was killed by a spent bullet. He was just 52 years of age. His loss was felt by Lt-Col. Machell who, on the day of his death, wrote:

“Before he joined he had done splendid work as Secretary of the Executive Committee, and from the time of his appointment as Transport Officer until the day of his death he devoted his entire energies to the welfare of the Battalion, in the formation of which he had such an important share.”

By the end of May 1916 half of the Battalion was billeted at the now familiar Bouzincourt whilst the other half bivouacked at Aveluy Wood. The 96th Brigade relieved the 97th Brigade and the Lonsdales again provided working parties for the Royal Engineers. Nothing out of the ordinary occurred for the next few days until the night of the 5/6 June when an important raid was led into enemy territory with the purpose of gaining valuable information about the trench systems at the “Bull’s Eye” and “Granatloch” (quarry) on the Leipzig Salient. Unusual activity meant cause for concern, especially as the mining and laying of high explosives under each other’s trench systems was a very real threat that, if undetected, could result in a high number of casualties. Finding out what this unusual activity was and how any potential threat could be deterred was tasked to the Lonsdales: a small group of volunteers led by Lieut. Barnes, the outcome of which was a success but with a tragic loss to the battalion.

Retrieved from "https://thelonsdalebattalion.co.uk/w/index.php?title=A_quiet_six_months_(January_-_June_1916)&oldid=8354"
Category:
Cookies help us deliver our services. By using our services, you agree to our use of cookies.